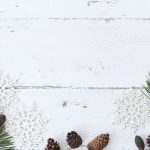 Mike was short, stout and downright ugly. He hated everything good and kindness was a foreign concept to him. Even at Christmas time, when his neighbors were giving he didn’t. The neighborhood Christmas carolers spent months rehearsing their songs so that they could sing their way through Christmas. It made them happy and they approached their singing with love and enthusiasm. They loved to share the joy.

The carolers drove Mike crazy. He moved between ignoring them ringing the bell in the cold and opening the door to hurl abuse at them. This year Mike decided to prepare for the carolers too, he had a special surprise for them.

Mike worked for the Roodeville firefighters for 7 years, eventually being retrenched due to cut backs. Already a miserable human being – this threw him over the edge. Misery and bitterness were his constant companions and he reveled in it. Racism, sexism, chauvinism were evident in everything he did. It was horrible to live like that – but of course, it was self-inflicted.

One of the reasons Mike was retrenched was due to stock theft at the fire station. They couldn’t pin it on him and really no-one wanted to accuse him, but they were sure he was to blame. Tea, coffee, kit and equipment that wasn’t used regularly, magically disappeared. No-one ever knew how he got it out or what did with it, but Mike was an expert at looking as baffled as the other firefighters when confronted.

Mike’s special surprise was to spray the carolers with a high-pressure hose full of icy water. He had been planning this for months. He had the hose – it had stood in the storeroom at the fire station for months before he had “borrowed” it. What Mike didn’t know was that it had been giving trouble. Someone had plugged it into the water mains just after they had been turned back on from routine maintenance. Little pebbles and sand had been dumped into it and become stuck in the pressure mechanism. All it needed was a good flushing out to work properly, but Mike had no way of knowing this.

Christmas arrived along with decorations, excitement and of course, carolers. None of which were anywhere to be seen at Mike’s house. Patiently even excitedly he waited until the carolers started on his street. Giggling manically, he checked that everything was ready for them. The machine was on his porch, all hooked up. He couldn’t wait.

“These noise-makers must know how I feel, he rubbed his hands together in glee. “Next year they won’t bother me!” he was right.

The melodious sounds slowly made their way up the street. Mike stood at his door waiting for the bell to ring almost hopping from foot to foot in his excitement. Finally it rang and he flew outside. “What?” he demanded unkindly. They started to sing “Silent Night”. It was wonderful – if only he had taken a moment to listen. But he wouldn’t – he slowly reached for the pump, grinning madly.

Turning it on he shouted “Aha” but nothing happened. The surprised carolers took a step backwards. He cranked up the pressure. Nothing. Swearing under his breath in front of the singing neighbors, he ran to the tap – it was on. Pushing the lever again he still had nothing. Lifting it he looked inside the pipe. “I can’t unders…”.

The water which had been building with immense pressure in the pipe – managed to dislodge a sharp pebble. It had been sitting in the pipe for ages. Mike never saw it coming. The pebble ripped into his eye, disintegrating it and tore through his brain. It rattled around at the back of his skull causing more damage, but it didn’t matter. He was dead before he hit the floor, his eye pumping out blood and grey matter. There was so much water that it made a massive, red pool around his dead body.

A young girl screamed when she realized what had happened. The carolers stopped in shock. Not one of them tried to stem the blood or to comfort Mike. He was quite prepared to wet them from head to toe in the cold, just for trying to spread some Christmas cheer. They had been coming here every year – determined to get through to him. Not a single one of them shed a tear.

They called 911 on their way to the next house. Leaving him out in the cold and wet all alone. He didn’t take long to die.