On The Day He Died 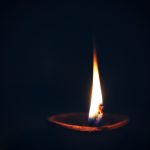 END_OF_DOCUMENT_TOKEN_TO_BE_REPLACED

“Come to Dappled Oaks and retire in nature and luxury!”

Bill and Betty moved in when they were in their early-80’s. The application form incorrectly listed his occupation as “entrepreneur” and Betty a housewife. He was one tough, old coot in his younger days. Now he was grumpy and grim and moaned a lot. But one thing never changed – his love for Betty. She was his world and had been for over 54 years. Every night they still kissed before popping their teeth into glasses and before before removing their specs so that they could hit their lips. And they cuddled, the whole night. Spooning took longer than before but they wouldn’t swap it for the world.…

END_OF_DOCUMENT_TOKEN_TO_BE_REPLACED

The sweet, little zebra became self-aware around the 6th month of his mother’s 13 month pregnancy. Wiggling his legs, he moved around in the dark as he couldn’t open his eyes yet. It was warm and cozy in his fluid sack of water. He was completely content.…

END_OF_DOCUMENT_TOKEN_TO_BE_REPLACED

Kate never paid for medicine, clothes and most of her worldly goods. Why? Kate was a kleptomaniac. Her life was bliss and rather profitable, until one day she stole from a gypsy vendor. By the time Kate realized what this meant and tried to give it back, it was too late.…