Tessa and Timmy had been neighbours for over 40 years.

They had seen each other grow, get married and divorced – in Timmy’s case. And widowed – in Tessa’s case. More years ago than they cared to remember – they had had a fight. Something to do with Timmy breaking a garden gnome. It was accidental but Tessa flipped. She loved her gnomes like they were her children. This particular one was part of a set of two and it was the last gift from her grandmother before she passed away. From that day on she loved her gnomes. Timmy tripped over it and the head broke off. She was heartbroken and vowed never to speak to him again.…

END_OF_DOCUMENT_TOKEN_TO_BE_REPLACED 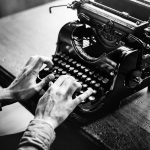 Poking around other people’s junk that could become his treasure, he wrinkles his nose at the shitty smell. He finds it sitting in the garbage. It’s on top of a filthy, old quilt and he is drawn to it. Black and silver and sexy, an old-fashioned typewriter, it calls to him as he stares at it. He’s powerless to resist and immediately puts it in his rucksack of junk before one of the other collectors claim it. If he had known what he was getting into, he would have run. Far and fast.…

END_OF_DOCUMENT_TOKEN_TO_BE_REPLACED

It all started with the photograph. I was lovingly clearing my mother’s worldly goods away after her death. I never really knew my father – he had left us when I was little. My mother had been the strong one. She could easily have been bitter about my father, but she wasn’t and her strength got me through my tough days.

On the bottom shelf right at the back, I found the box. Just bigger than a cigar box with an unusual but exquisite silver flower coiled on top. The stem of the flower flowed around the box to form part of the lock. The unusual mechanism was dusty and gave a little with my prodding but wouldn’t open. I resigned to opening it later. If I knew what it contained I would have ripped it open right there.…

END_OF_DOCUMENT_TOKEN_TO_BE_REPLACED 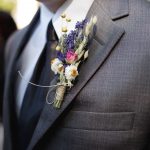 One of my earliest, most startling memories was being told that my father was not my father. All the other children had a mama and a daddy. I had a mama and Billy. I figured something was different when I was  5 and started to ask questions. That’s when my mom told me as kindly as she could. “Billy is not your real father. You grew in his heart and he adopted you when you were 2 years old. He chose you as his little girl because he loves you”.…